Skip to content
Home » Getting out there » Greetings from the ship!

Sorry about the delay. The Internet connexion on board is not fast, it is the reality of field trip work!

This week we want to offer you some beautiful pictures taken by Aleksei. He is currently on a cruise on the Maria S Merian in the north Atlantic Ocean. More information about this scientific expedition will come later, we just let you enjoy the picture for now.

And do not hesitate to ask questions in the comments if you have any. 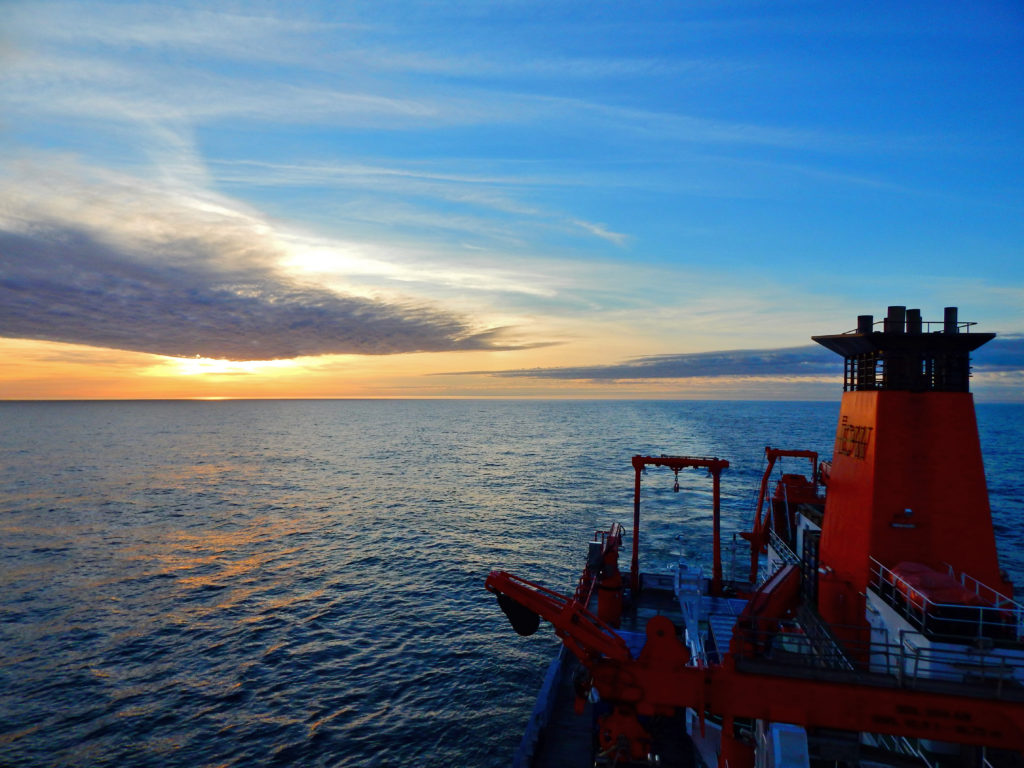 Good morning on the shelf of Canada, several hours before entering St. John’s 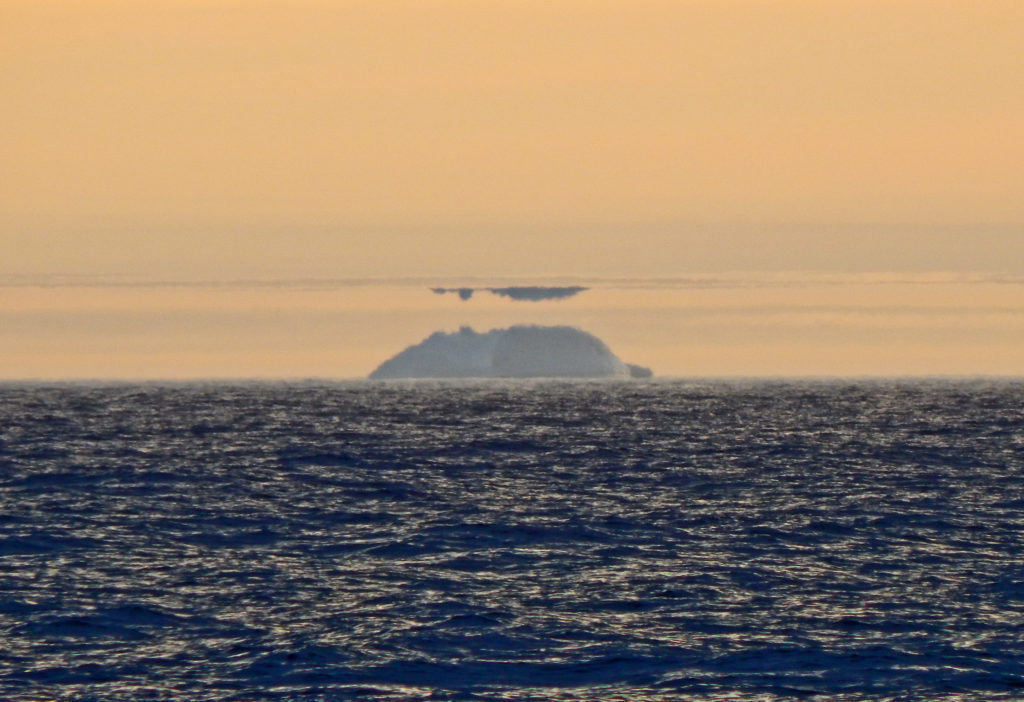 The first iceberg of the cruise, seen near St. John’s. Really unusual, the superior mirage appearing above is the reflection of this iceberg due to the temperature inversion! 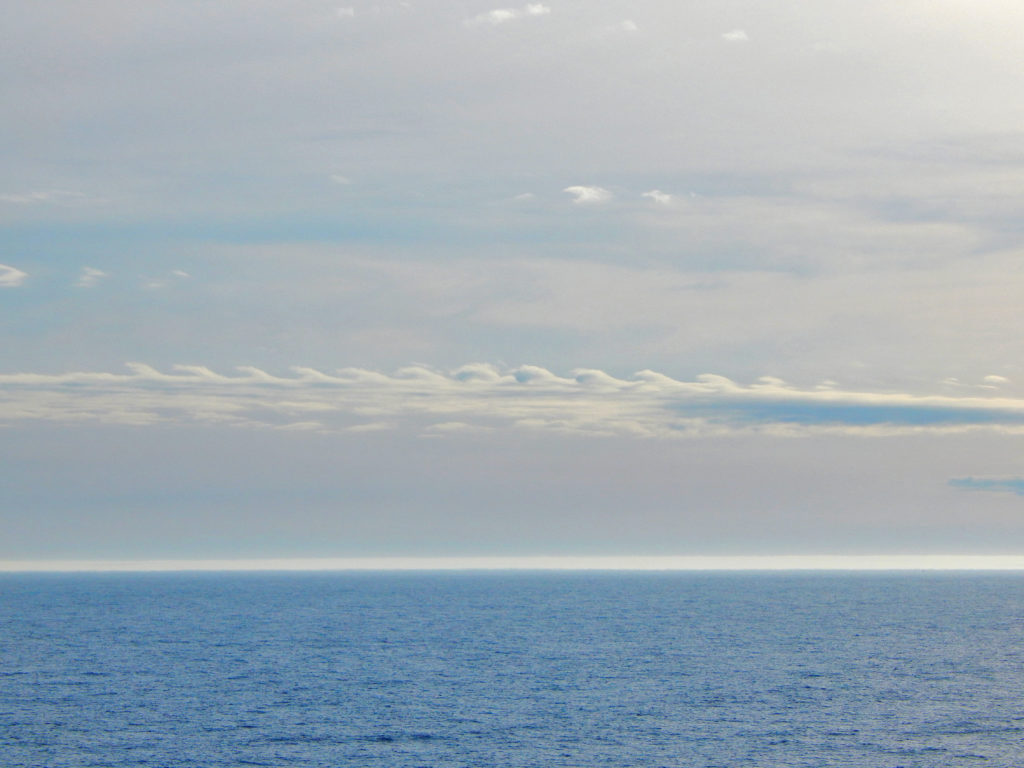 A bit of beautiful hydrodynamics in nature: Kelvin-Helmholtz Instability creating these waves in clouds 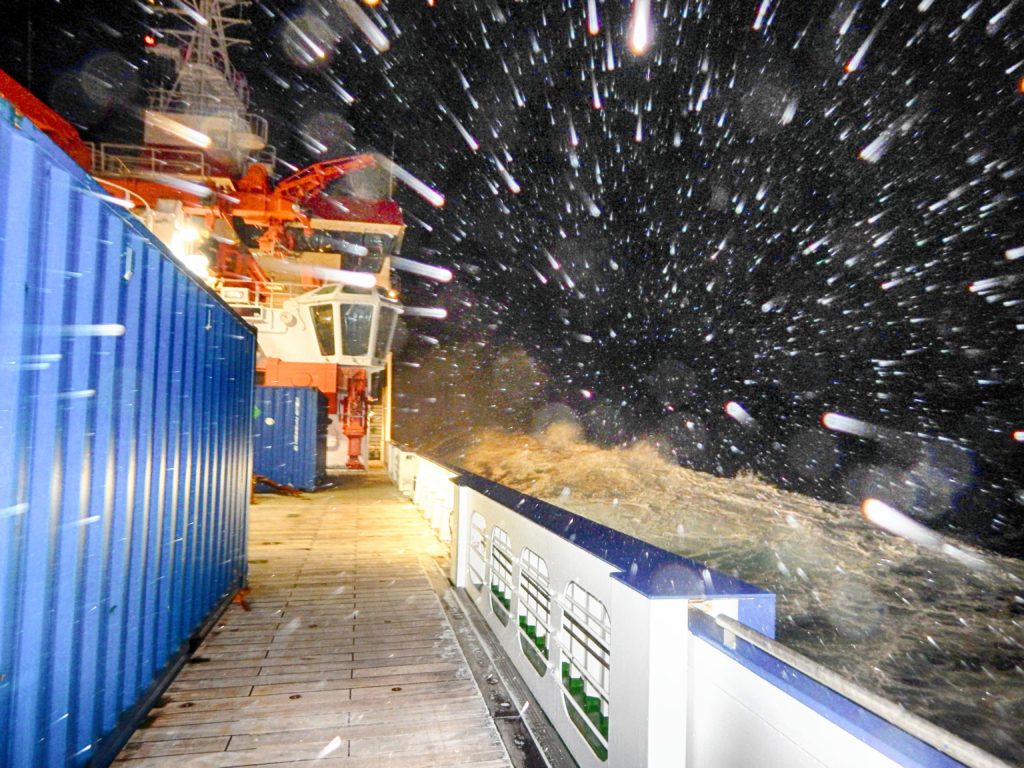 The beautiful May night at the Labrador Sea – snow, wind and waves 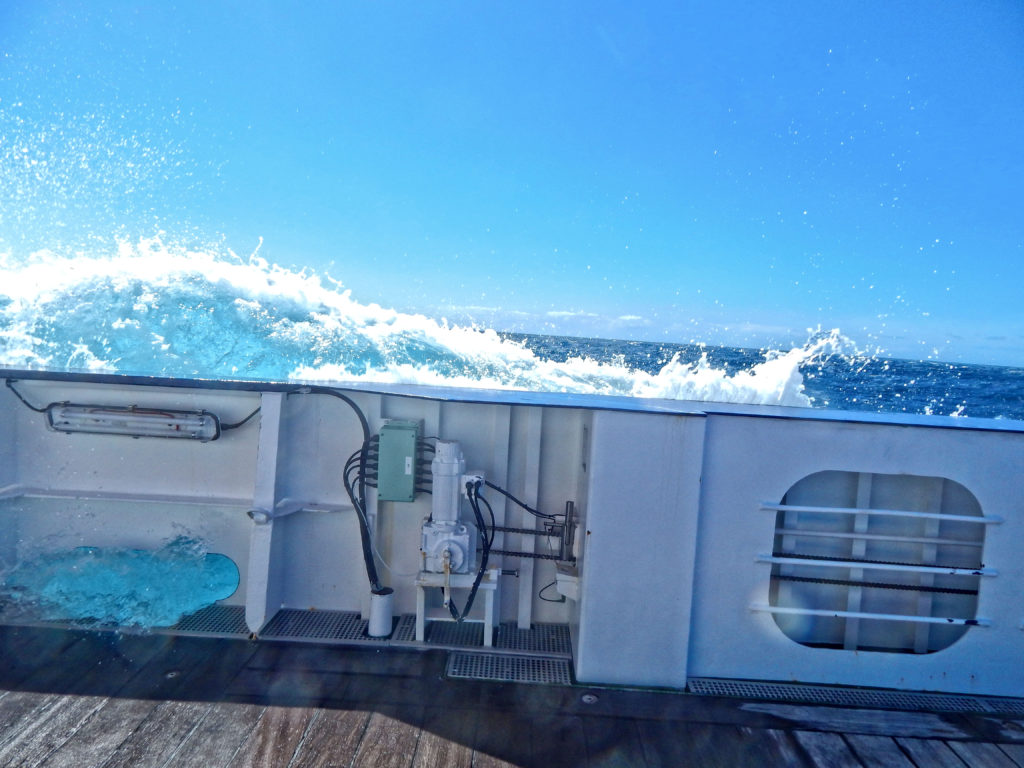 Yes, sometimes the nice blue ocean water (with the temperature of ~2 deg C) goes over the board… so, refreshing shower in 3, 2, 1 … 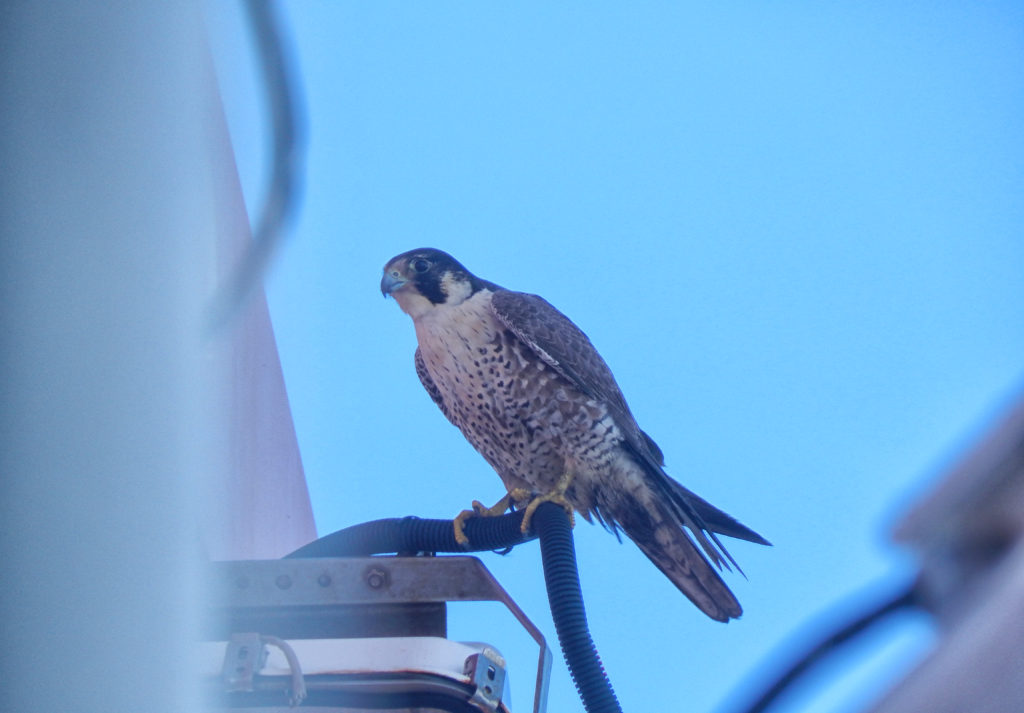 Near Greenland [as soon as 100 miles can be defined as ‘near’] the falcon joined our team. He hunts on birds, lives on the cranes, and doesn’t allow to come near. 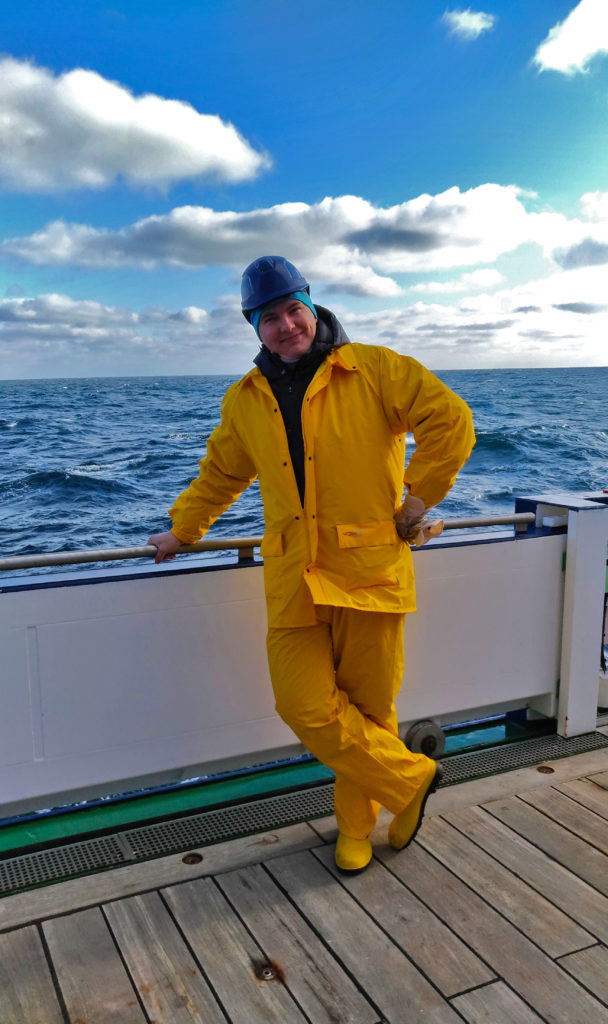 Me in yellow working suit 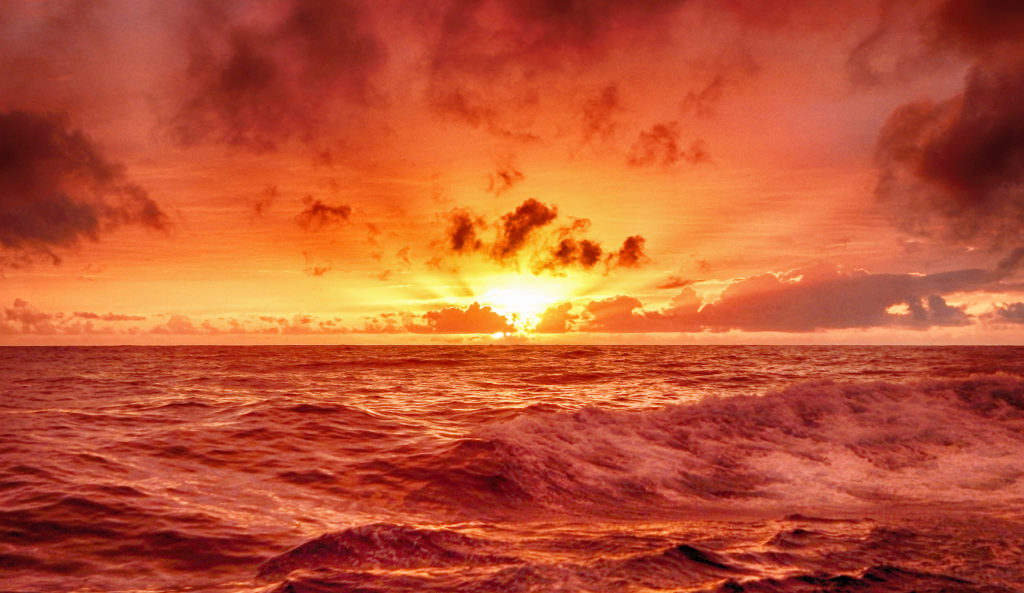 Beautiful sunset near the coasts of Spain, very bright, and even having the rainbow) 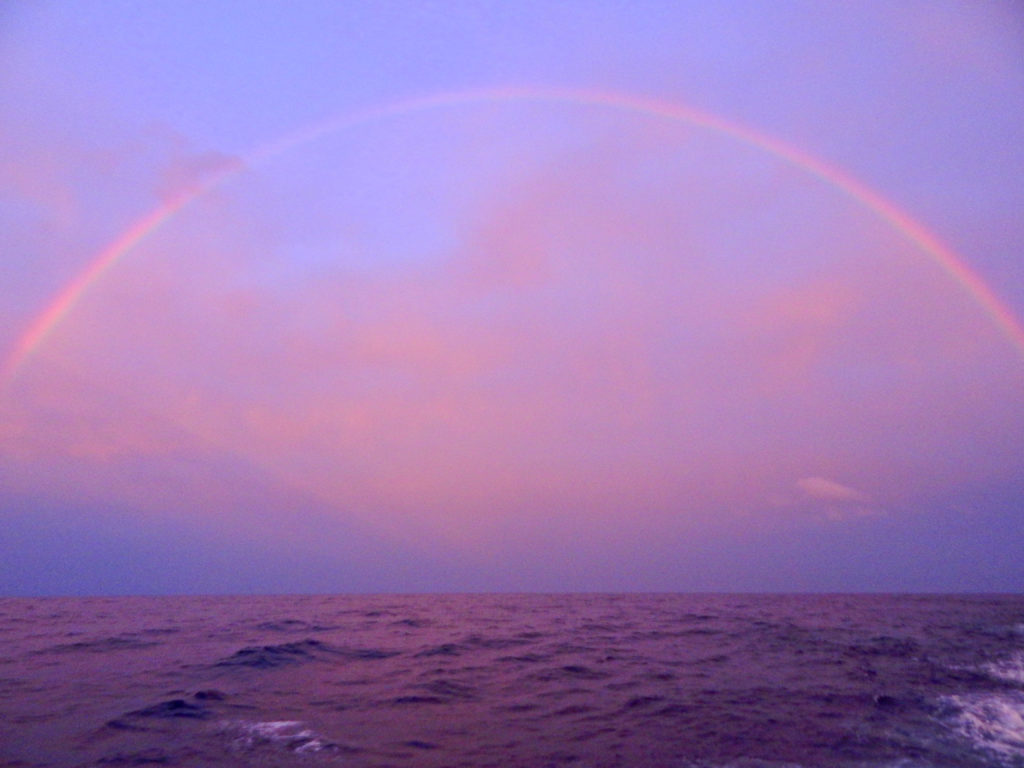 Rainbow close to the coast of spain. 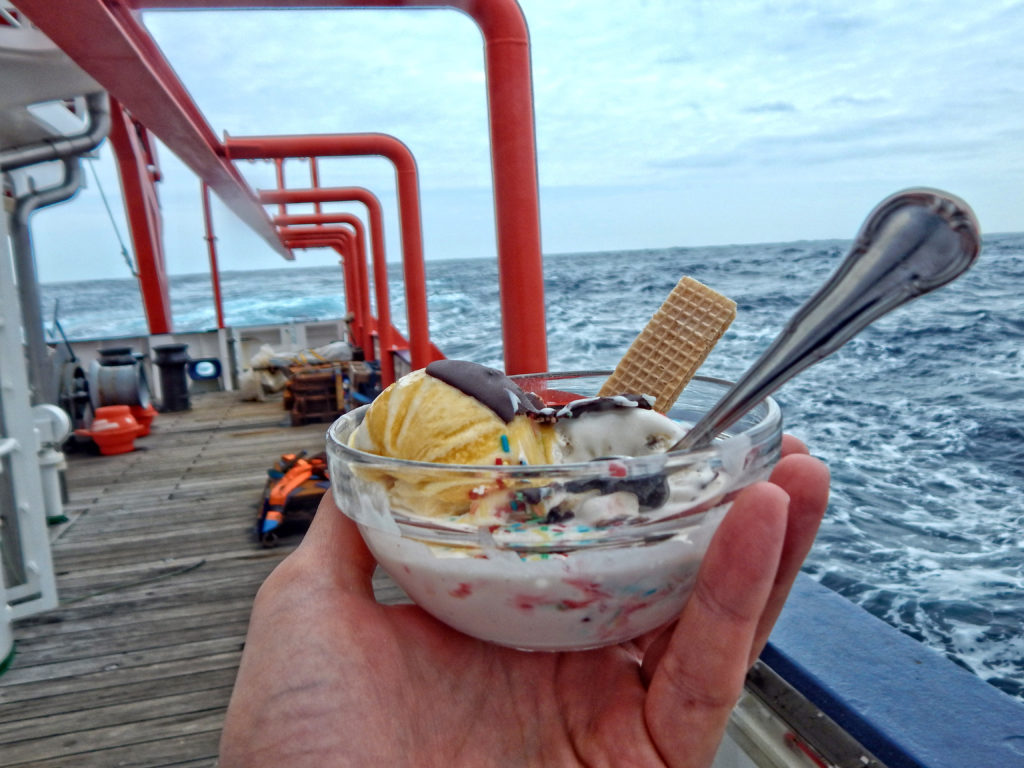